Oxy Labs has officially partnered with THEOS (The Hyper Economy Operating System), demonstrating the intention and efforts of both companies for a long-term collaboration with the strong commitment of working together towards a net-zero blockchain ecosystem. Oxychain is an on-chain solution to create interoperability between the carbon markets and the digital world with software infrastructure for on-chain compensation.  Oxy Labs, the company behind it, aims to bring transformative solutions to the conventional Carbon Markets with focus on capillarity, accessibility and interoperability. Sir David Attenborough is a beloved broadcaster and a national treasure. He has worked as a natural historian for more than half of his life. His unforgettable voice can be heard on some of the world’s most popular nature shows, including Life on Earth, Natural World, Blue Planet, and, most recently, David Attenborough: A Life […] 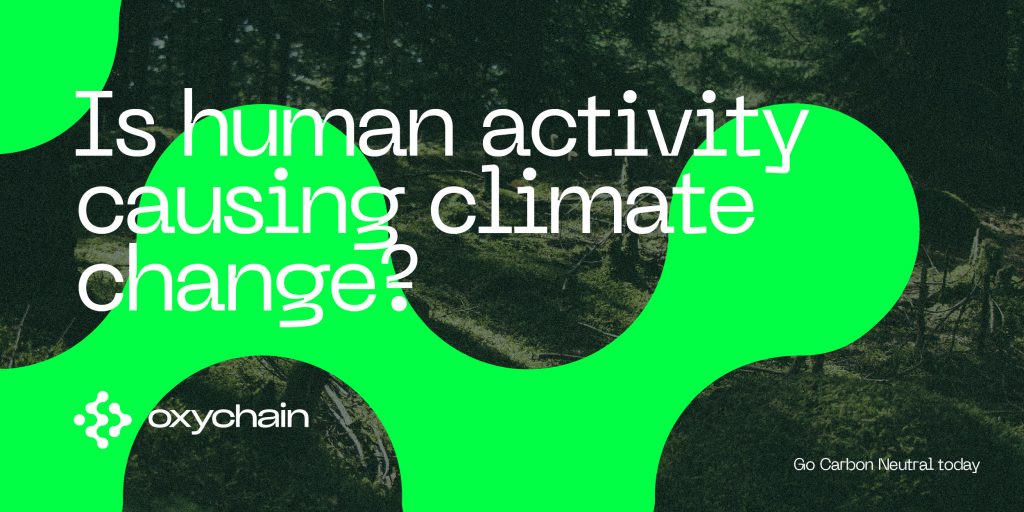 The answer is YES. Over 97% of scientists agree that human activity causes climate change. The increases in temperature and carbon dioxide levels was caused by human activity.

What is carbon footprint? A carbon footprint is the total amount of greenhouse gases (including carbon dioxide and methane) that are generated through our actions, and the actions embedded in the obtention of goods and services, i.e.: to buy a new phone has a strong carbon footprint coming from different sources like logistics, materials, et Climate justice and Biodiversity are the most concerns in every talk. Environmentalists and scientists are in hurry to figure out proper solutions to tackle climate change and preserve biodiversity. Climate justice Climate change, by its very nature, is a societal issue that may disrupt anyone’s everyday life in a variety of ways. However, not all […] The importance of afforestation Afforestation refers to the process of sowing seeds or planting. The primary aims of afforestation are to reduce atmospheric CO2, improve soil quality, and either avoid or reverse desertification.

Why is reforestation crucial to life on earth? The problem of diminishing number of trees has been exacerbating which lead to climate change and greenhouse effect. Reforestation is one answer to this issue. Despite its shortcomings, it remains a viable alternative for greening thousands of hectares. This is also why reforestation crucial to life on earth.